Let's get caught up. 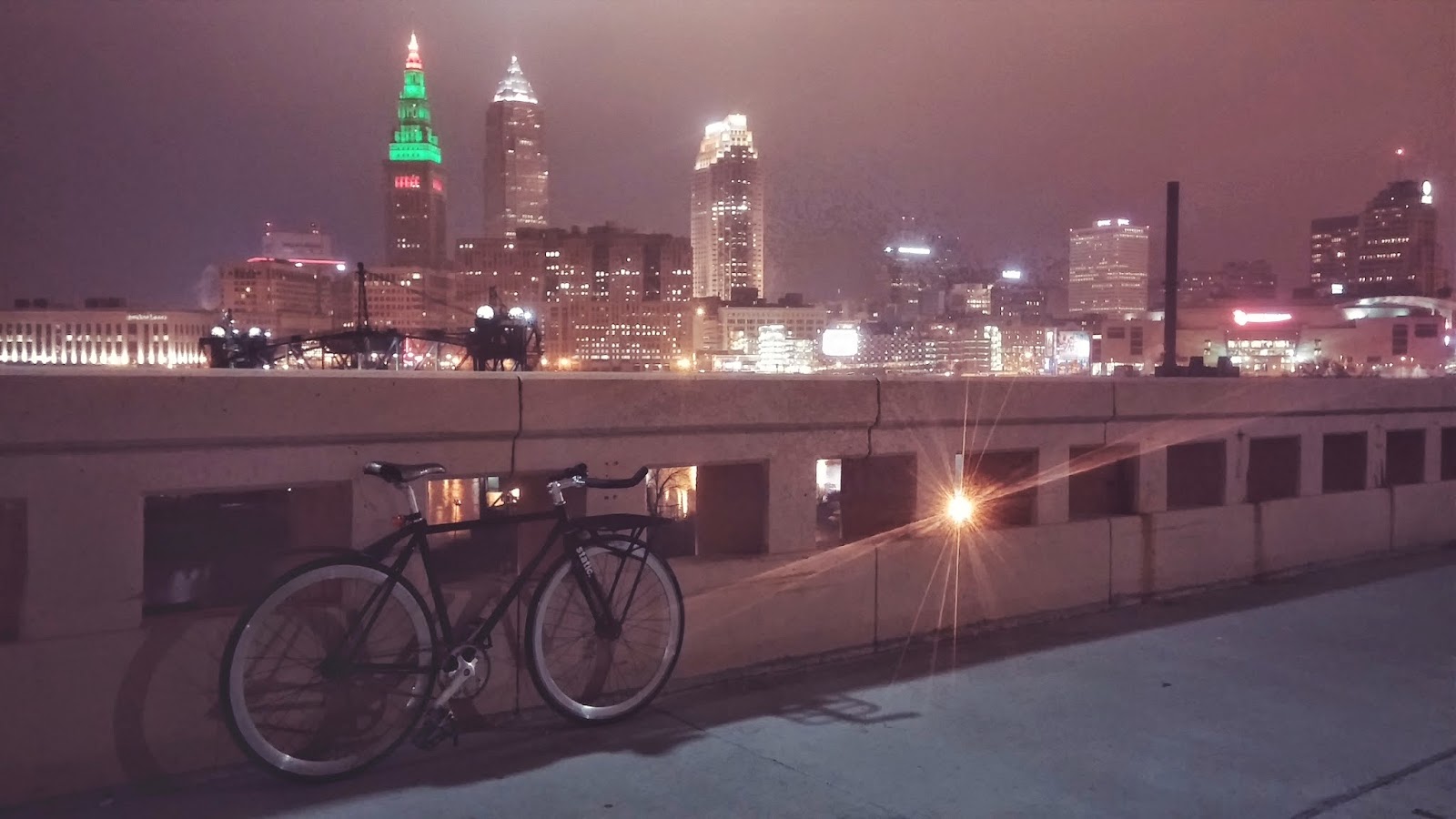 When I moved to Cleveland about a year and a half ago, as the owner of four cars, driving was the main way that I traveled about the city. One morning when I simply needed to run to the corner store for milk, I asked my roommate-at-the-time if I could borrow her bicycle for the quick errand.

After that incredibly short, yet effective journey, I realized that I wanted to obtain a bicycle of my own to use on similar journeys in the future. My search ended quickly when my friend Garrett hooked me up with an old Huffy Carrera that he had sitting in his garage. After a quick tune-up, a new set of brakes, and the addition of some red cork tape, I was ready to roll. 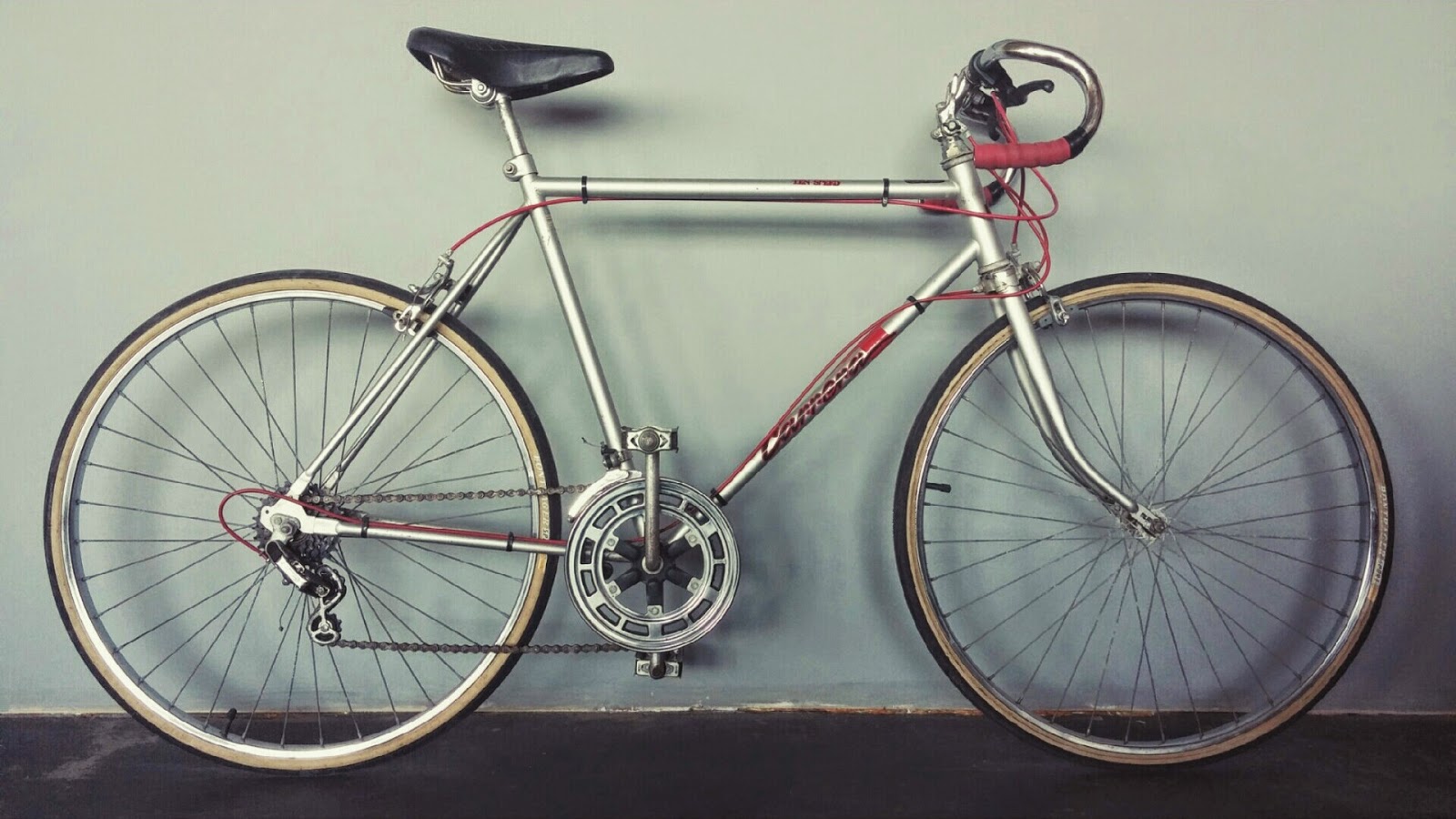 The Huffy carried me hundreds of miles in the matter of five months and never gave me a single issue. It's career ended quickly, however, when I purchased my first fixed-gear bike from State Bicycles in November of 2013. 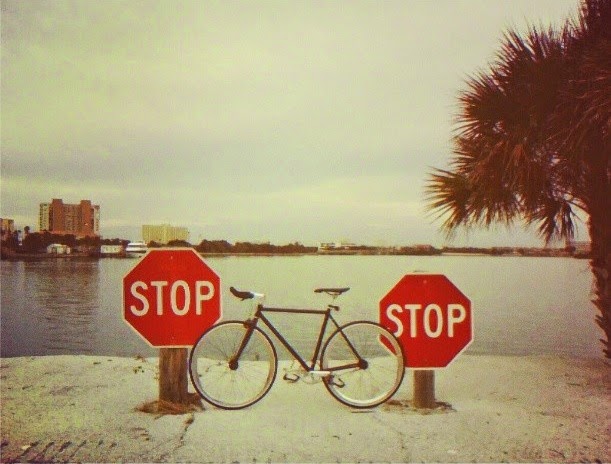 The passion I found while on State's Matte Black 4 lead me to continue commuting throughout the duration of the Cleveland winter, something I never imagined that I would do. 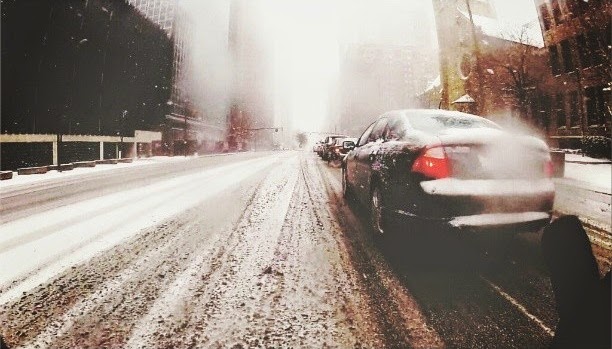 In the Spring of 2014, I converted a classic 1975 Hercules into a fixed-gear bike and often found myself giving the State a rest and taking the English-made bike for a spin instead. I will eventually do a full write-up on the build, and I will be sure to link to it. 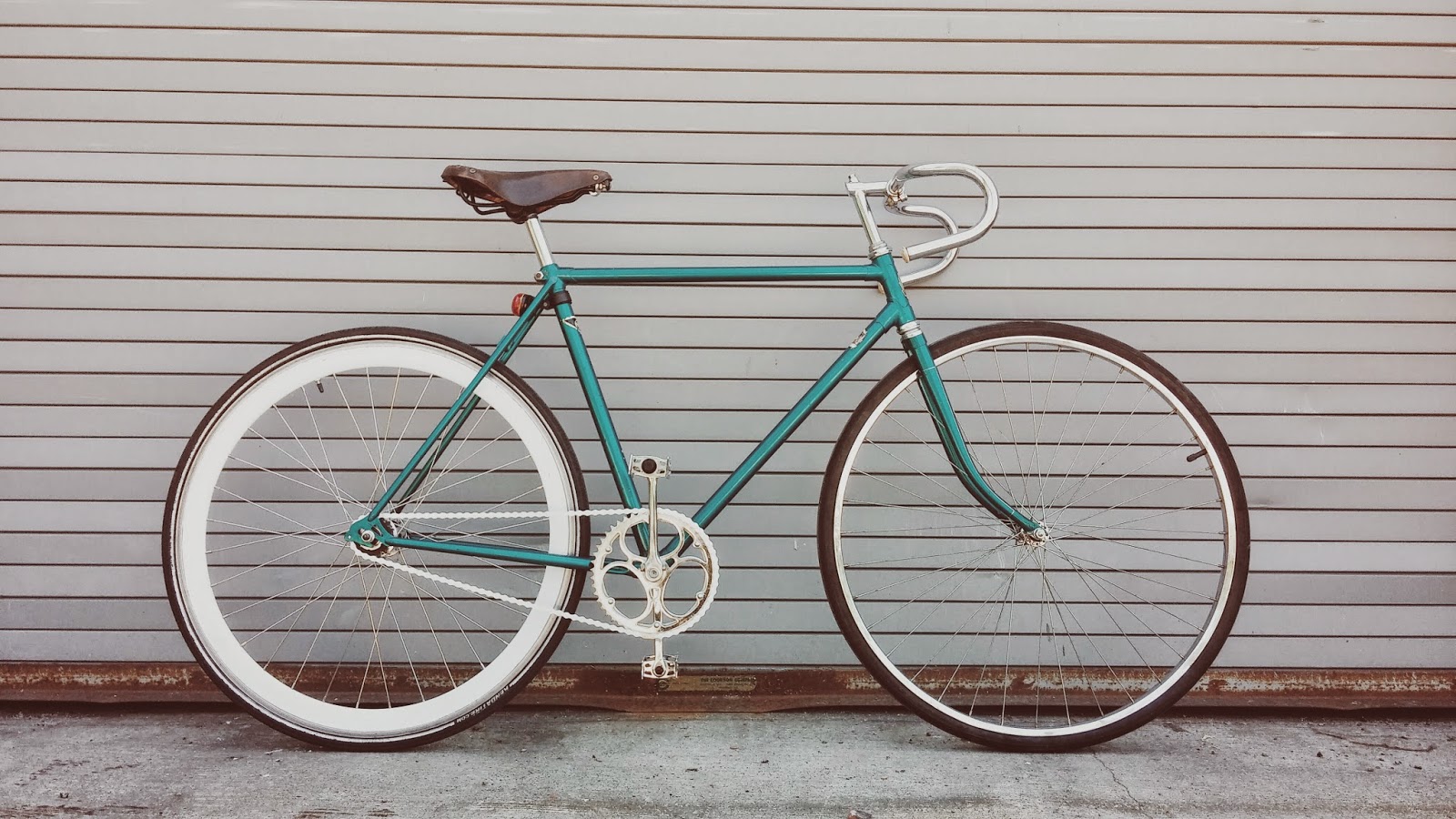 The end of 2014 brought a few changes to my State, with the most noticeable being a front rack from Origin8. 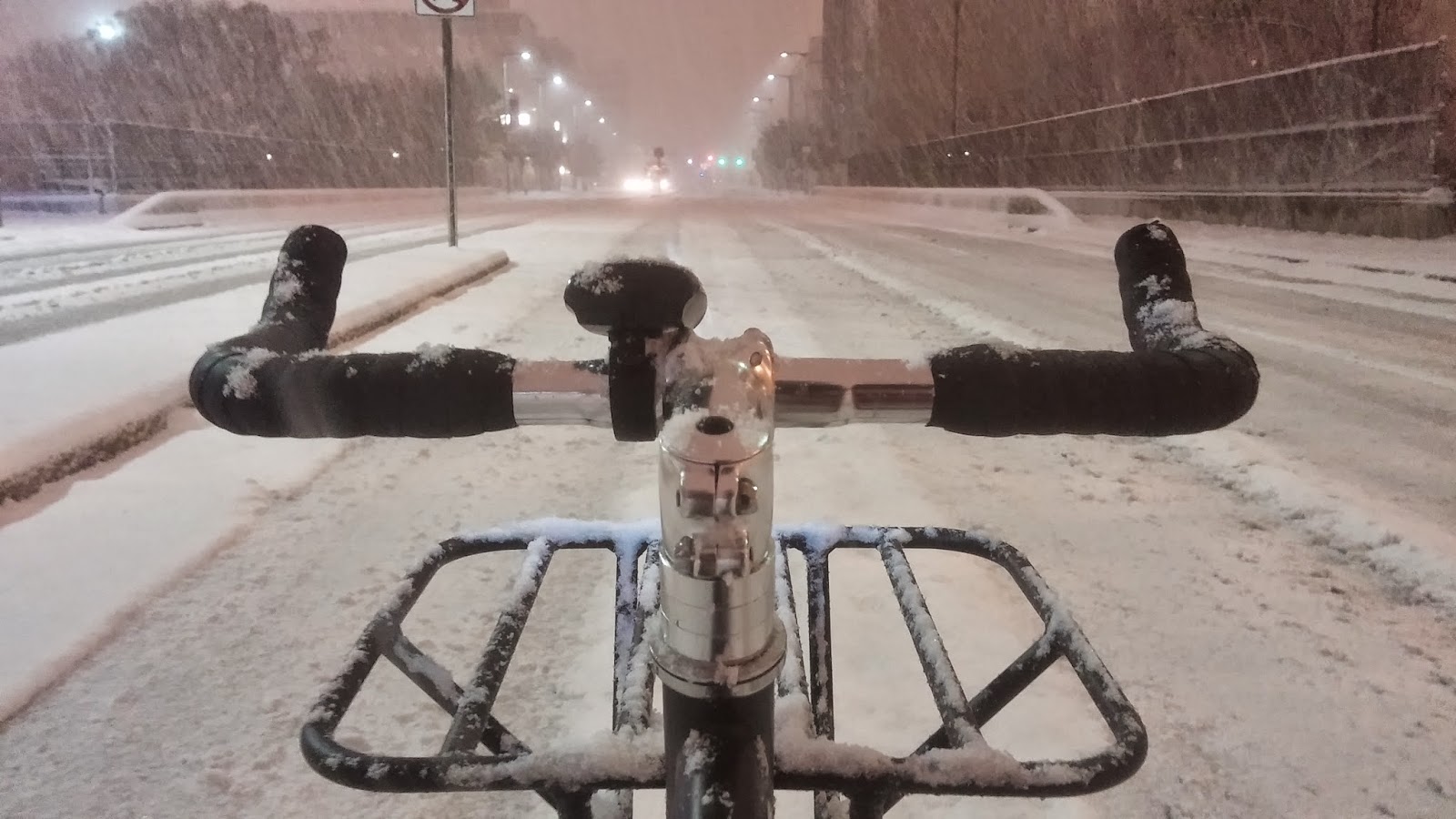 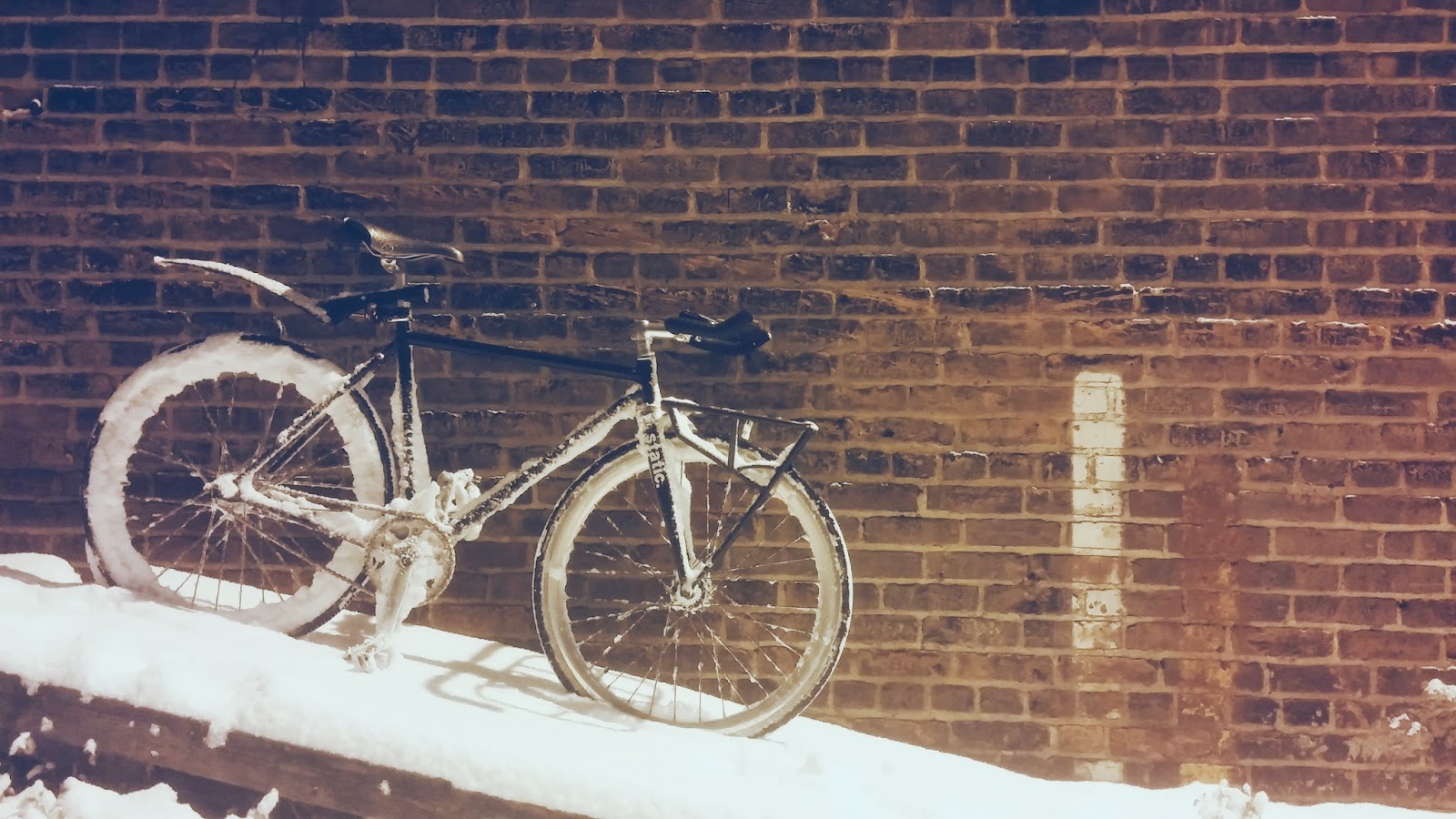 ~~~~~
Two-Wheel Tuesday will be updated weekly and will document my experiences as a bicycle commuter in and around Cleveland, Ohio. Mileage updates, breakdowns, bicycle maintenance, photo shoots, product reviews, and stories from along the road will all be included in the weekly posts. Stay tuned for more.