More often than not, the status of a bridge, building, or other structure tends to remain static. You can return to the location as many times as you please, and for the most part (other than a little deterioration here, or a little graffiti there), the site will remain the same.

A few of us have been following this particular site since it's creation.

Originally, one large bridge stood tall, spanning the lengths of the river. With an increased amount of traffic, and a structure that was beginning to weaken, the city determined it was time for a new valley-passage to be constructed. The new bridge would consist of two identical bridges, built side-by-side. One would be built first, the old bridge would then be decommissioned and demolished, and the second-of-two would then be erected in it's vacancy.

My first ascent was last year, in June of 2014, when the skeleton of the age-old bridge was still standing. 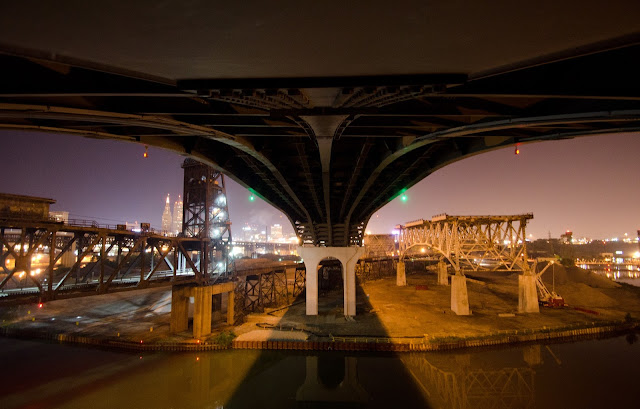 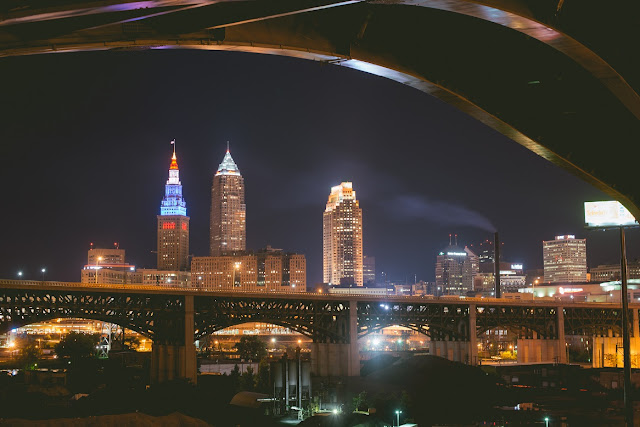 With the old bridge out of the way, the twins are slowly beginning to take shape. 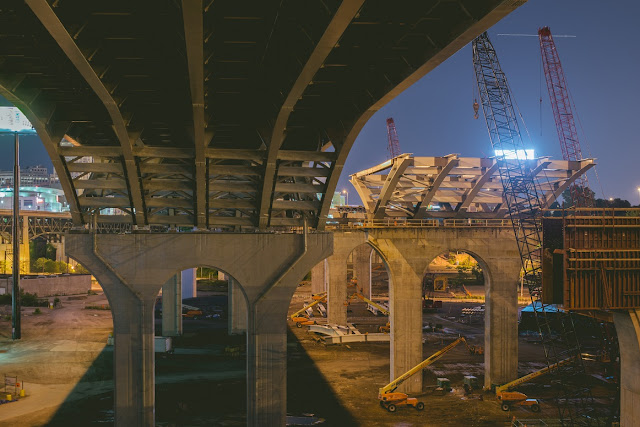 Jeff and the rest of the gang often like to make fun of me for using bizarre objects, such as my own shoe, for a tripod, but I think shoes do a swell job! 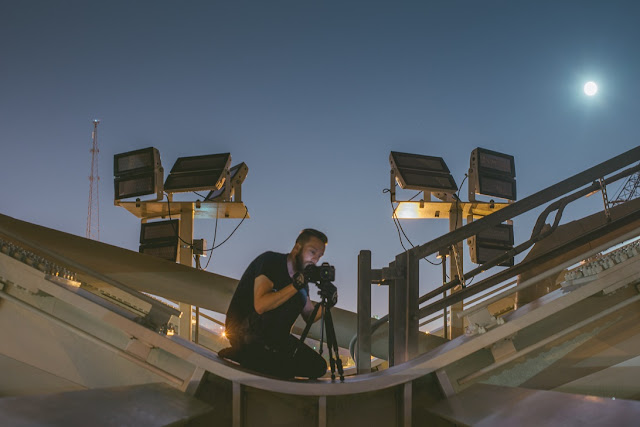 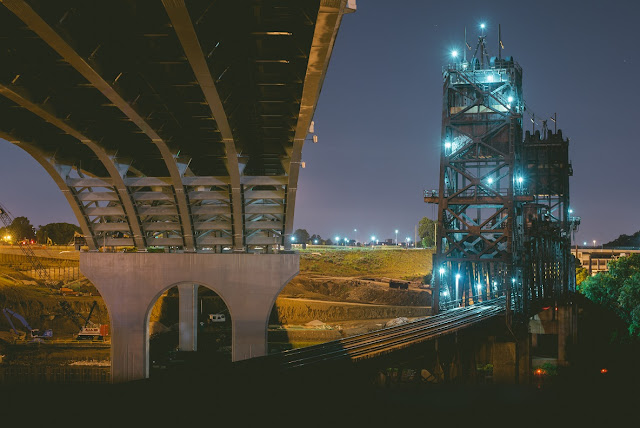 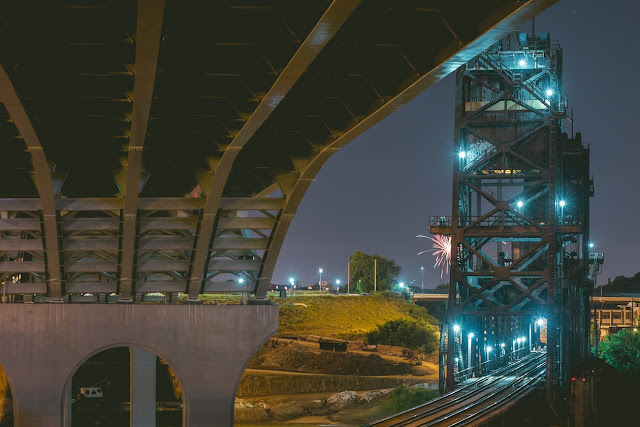 Fireworks go off in the distance, celebrating America's Independence Day. 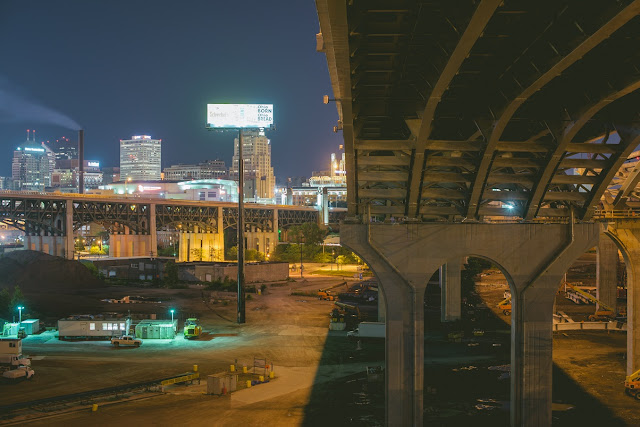 It's definitely been a great opportunity to be a part of something so substantial, especially from such a unique perspective. Assuming that the bridge will outlive my own body, it's super cool to know that I had the chance to document the conception of something that will be standing for decades to come.

Until next time! Xx